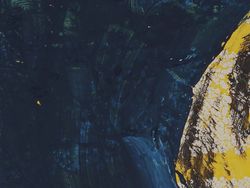 Randy today officially announces his film, inspired by his critically-acclaimed album, Magnolia, will be released on August 20. Drawing from the heartbreak, grit and working-class rawness of his latest album and the life stories he’s collected along the way, Randy created a film of the same name as both a visual representation his heavily-lauded work, and a narrative film thematically based on the music. Magnolia(the film) will be found on digital platforms including Amazon and iTunes and is available for pre-order now-- see the trailer for Magnolia here.
Randy has earned a reputation over the years for filling every nook and cranny of the room with his powerhouse vocals and soul-shaking music. This fall, he returns with his headlining Magnolia Tour which will take the traveling man to theaters across the country to delight fans with the music of Magnolia.  Kicking off in October, the tour will go through the end of the year and embody the spirit of Randy’s song, “No Stone Unturned,” which is a “galloping grove” (NPR) of a traveling song that tells the tale of  "a restless wanderer who can 'always find one hell of a time' while he’s searching for himself” (Rolling Stone).
DEBUTS SPECIAL STRIPPED-DOWN PERFORMANCES OF “NO STONE UNTURNED” AND “OUR HEARTS” ON VEVO FOLLOWING “WHAT WHISKEY DOES” CMT WORLD PREMIERE
Following the launch of his brand-new album Magnolia Randy announces he will take his Top 40 hit, “What Whiskey Does” on Jimmy Kimmel Live! on February 5th. Tune in to ABC to watch!
Since its release, Randy's new project Magnolia has caught the eye of critics from Nashville and beyond with many folks heralding the album as “Houser at his best.”
In honor of the release of his brand-new album Magnolia (released today), Randy gave fans the first televised glimpse of his rootsy new project this morning on Good Morning America. Houser performed his favorite song from the album, “No Stone Unturned,” on the 8AM hour. Catch the performance here.
Randy announced that along with the launch of his highly-anticipated new full-length album, Magnolia, the singer will release a film of the same name which embodies the sentiment of the album’s lyrics. The album, set to be released on January 11th, draws its name from the “Magnolia State” which inspired the homegrown, organic sound Randy has spent the last two years cultivating.

Following his triumphant return with "What Whiskey Does," Randy today announces his new full-length album, Magnolia, will be released November 2 via Stoney Creek Records and is available today for pre-order digitally. Fans can get an early hint of Randy's hotly-anticipated album live as Houser also reveals details for his "Magnolia Tour," which kicks off this October.

No galleries
Skip to top